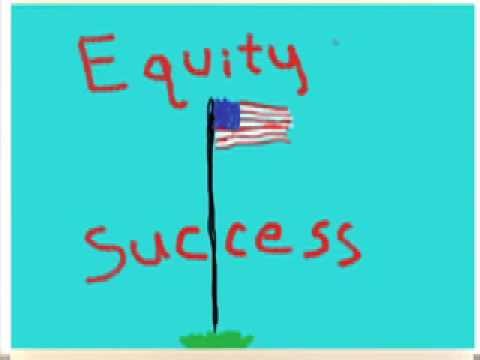 It’s not about “equality for all” any longer. The civil rights era of the 1950’s and 1960’s has now been superseded by the “equity for some” era. The current U.S. Declaration of Independence is touted by many to reflect the idea that “all men are created equal”.  Well, not any more. Equality is a word that is no longer to be used.  Equity is now the keyword and has taken its place.

“We hold these truths to be self-evident, that all men are created equal, that they are endowed by their Creator with certain unalienable Rights, that among these are Life, Liberty and the pursuit of Happiness.” ~ From the United States Declaration of Independence

As U.S. politics would have it today, the United States Declaration of Independence should read:

“We hold these opinions to be self-serving, that all people aren’t created equal, that they are endowed by whichever Creator they choose with no unalienable Rights, only those granted by the U.S. Government, and among those Rights lost or only given to some are the opportunity to seek Life, Liberty and the pursuit of Happiness.”

The government that our founders gave us has been so utterly perverted that it is totally unaccountable to the states and their citizens and no mechanism exists for checking it.  You see it every day. Presidents now rule, not govern, through Cabinet Departments, High Level Political “Czars” and Executive Orders. One man can cancel a multi-billion dollar overland pipeline project with only a ball point pen? What’s up with that? Think about it.

Excerpt from Joe Biden speech on signing an executive order.

“…..I issued, among the first days, my whole-of-government executive order that will, for the first time, advance equity for all throughout our federal policies and institutions.  It focuses on the full range of communities who have been long underserved and overlooked: people of color; Americans with disabilities; LGBTQ Americans; religious minorities; rural, urban, suburban communities facing persistent poverty. “

“And I’ve asked Ambassador Susan Rice to lead the administration’s charge through the White House and Domestic Policy Council because I know she’ll see it through.  Every White House, every White House component, and every agency will be involved in this work because advancing equity has to be everyone’s job.”

Southerners were once a people that refused to capitulate to our enemy or those that sought to do our people harm. Nowadays, if you don’t capitulate, if you refuse to participate or even speak out against the orders of the Empire and their Regime, then you are put on a list as an enemy to the United States as a whole and and you will be doxxed, de-platformed and cancelled. It’s just as simple as that.

Federal Reform is absolutely, 100% not possible!! Floridians have a right, an equal right at that, to seek Life, Liberty and the pursuit of Happiness.

In order to take control of our own future, here in Florida, we must separate ourselves from our Blue State oppressors and their representatives in Washington D.C. Tap or click here to find out how.