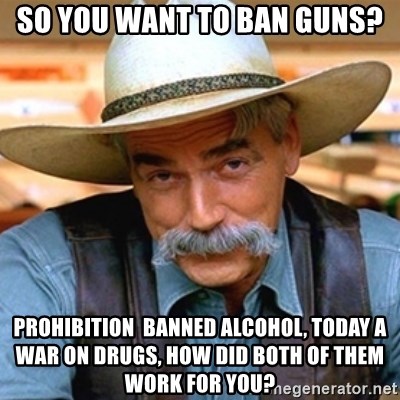 Our God given rights aren’t up for debate here in Florida and the Southland!

It’s no shock that the anti-gun rhetoric is ramping up just before the mid-term elections; it happens just like clockwork.

Leftists pandering to communist ideologies in order to secure a vote; knowing darn well that passing any sort of federal laws wouldn’t take root in any red State and the push back would be divisive and enormous as those of us in these red Southern States don’t take kindly to any form of gun control.

Here in 2022, we have mothers taking to the streets screaming and crying because Roe v. Wade was overturned, begging for the federal government to make some law allowing them to murder their babies and in the same breath demand more gun control because those darn guns are killing too many people.

The fact is, the federal government has no legal place whatsoever in making any sort of demand in regards to “gun control”.

Let’s compare another personal action and see if by creating an intrusive law, if it changed people’s behavior.

In twenty-four States, it is illegal to hold your phone in any manner while driving. With almost half of the States in this union mandating “no touchy” rules, there’s still an average of 1.6 million accidents that happen annually due to texting and driving. In 2018, 2,841 people were killed that involved a cell phone and in 2019 some 90% of drivers polled said they would use a cell phone at whim when driving.

Let us be frank here …. Rules made are still going to be broken by those that have no intention on following them. Just like locking your front door will only keep the honest people out; those that want to break the law will do so and see themselves in to seize your property.

The bottom line is this, making any sort of federal assault weapons ban or gun ban will only affect those law-abiding citizens. To this day, it is still illegal to shoot people just because and yet here we are, people are just shooting people, just because. Murder is already illegal in these united States and yet our prisons are filled with murderers. Entering our borders illegally, is still illegal and just look at Texas and the invasion happening from their Southern border. People are going to break the law if that is what they mean to do.

If the federal government does put a ban on “assault weapons”, we could only hope this puts more of a wedge between our Southern red States and the corrupt communists in Washington DC and all the other liberal states that is standing behind this move. Perhaps our governors will finally take that next step in seceding and saving our homelands from those that mean to do us harm.

Looking for A free Florida? Then join us in defense of our people and our homeland.