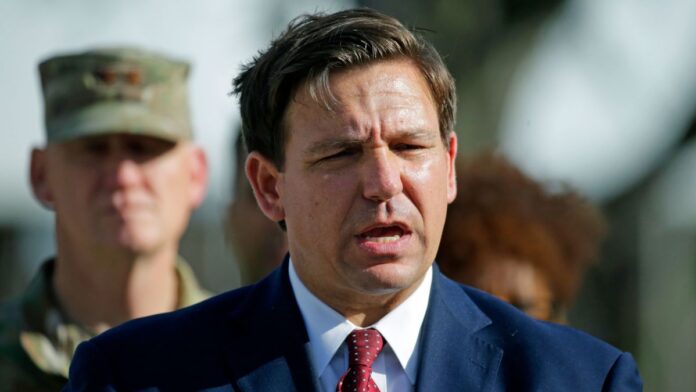 The absolute egregious abuse of power by the selected sitting president of the “united” States is on full and bitter display nowadays! It would appear that those in the district of corruption received their various degrees specializing in bullying those that disagree with their opinions. The fact is that bullies sometimes need put back in their place.

I am sure everyone knows by now that Governor DeSantis so eloquently told the selected president to “go f$$$ yourself” and to those that scoff at his vulgarity …. Come on! You know you wanted to say it yourself and our Governor had the opportunity and spoke it for you. Give him credit!

There are people that roll their eyes at those of us that speak about secession and the tyranny that the federal government inflicts upon our people and their many past indiscretions against us.

Today, Florida struggles to maintain her sovereignty and self government. The anti-Federalists, led by the great Patrick Henry, understood that the US Constitution would not be limited in its power and the states would suffer.

“But whether the Constitution really be one thing, or another, this much is certain – that it has either authorized such a government as we have had, or has been powerless to prevent it. In either case it is unfit to exist.” ― Lysander Spooner, No Treason: The Constitution of No Authority

For that, legal assertion of authority, the president selected has told our people that if you want to take on the U.S. Government you need F-15’s and nukes. Some of you may have enthusiastically asked, was that a threat or an invitation? Of course, the majority took it as a threat, as they should have. The audacity of such as statement made by the commander-in-chief of the federal military should have sent chills throughout your entire body and enraged you enough to start preparing to protect your family, friends and neighbors when the day comes.

If you haven’t, there’s no better time to start preparing than right now!!

In my lifetime, I have never seen such pompous arrogance and absolute disregard for a people as I have in these past two years. If there ever was a time to get out-of-dodge …. This is it! The time is ripe for divorcing our abuser, for getting off the titanic, for abjuring the realm … the time is ripe for seceding!

Are you tired yet?

If so, join us. Think Florida First!! Click or tap here to learn more.

The way out is in our hands …