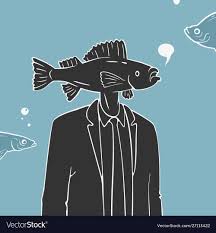 If it were up to the federal government, we wouldn’t know how to feed ourselves but continue to suckle from the teat of the empire’s communist welfare programs. How else would there be assured votes for one side or the other come election time. The fact that the local Florida media is spinning hard left over Governor DeSantis dropping our State out of a $300 a week federally funded unemployment welfare program, speaks volumes.

Everywhere you look, companies are hiring. Some companies such as restaurants have had to amend their hours of operation because they simply do not have enough employees to staff their businesses. With the need so apparent nowadays, why is it that so many Floridians feel they have to take part of the federal unemployment welfare program and want to fight our Governor tooth-and-nail over his approach of Florida sustaining itself without the interference of the federal government? The answer to that question is as easy as the word “abuse” or as complicated as the mental disorder known as “Stockholm syndrome”.

If there ever was a cause to get behind, removing Florida from the oversight of the federal government is one worth the extensive fight before us. Any positive side effect of this “union” has come with substantial consequences and always entails strings that we eventually regret and our families always pay the price of making a deal with the devil. Today, that regret is watching our people become lazy, watching mom and pop businesses go under and watching Floridians beg for another handout.

Floridians do not need the federal government! We need to look deep within ourselves and find that fighting Southern pride we are known for across the world. In 2015, Florida had the 4th largest economy in the United States and the 18th largest in the world. With Governor DeSantis pandemic approach, those numbers will most assuredly be far better by next reporting. Florida’s economy can and will sustain us, but we must put our trust in our elected Governor and remember our Great State’s Motto: “In God We Trust”.

Get up, Get out and put Florida First! Click or tap here to learn how.