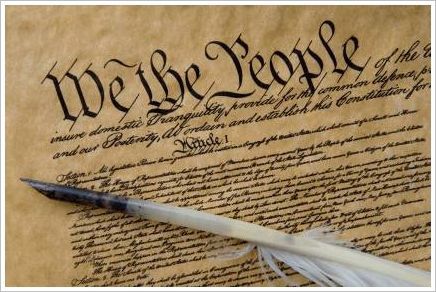 Recently, people have taken to social media to express their righteous anger for the newly proposed tax law drafted by the Biden administration. The specific part people are taking a dislike to is the verbiage that discusses your bank reporting to the internal revenue service any unusual withdraw from your bank account in excess of $600 monthly. And while the administration has now balked at exposing this rather small amount, the intent to harshly invade your privacy still exists and will not go away. This privacy intrusion is in addition to the Patriot Act established in 2001 which allows banks to freeze your account, with no explanation as to why, while they report any suspicious activity.

What is suspicious activity anyhow? New job? Paying cash for items to get a better deal?

This article is written from experience when it comes to the federal government sticking their noses into a natural-born citizen’s banking activities. For those of us that are salaried plus get paid commissions on your sales, this could be a serious issue. In 2003, I worked for a well-known technology company in the Silicon Valley, as an account manager and salesperson. When you make connections in this industry with those in high places, you make better bucks. The third $10k check that was deposited into my account in six months threw up some red flags for the federal government, and my bank account was frozen.  If you hear them tell it, a person that had a steady income, all of a sudden having a larger income and buying a stove, refrigerator, cabinets for your new home you just gutted … all seemed like terrorist activities. For nearly six-months I lived a nightmare. Newly married, new mother, new homeowner and BAM …. money gone and I was being investigated as a possible domestic terrorist. All at the ripe old age of twenty-five.

What does a domestic terrorist and their activities look like nowadays?

A recent memo from 4 October 2021, addressed to FBI Director Christopher A. Wray and federal prosecutors, reads in part:

“In recent months, there has been a disturbing spike in harassment, intimidation, and threats of violence against school administrators, board members, teachers, and staff who participate in the vital work of running our nation’s public schools. While spirited debate about policy matters is protected under our Constitution, that protection does not extend to threats of violence or efforts to intimidate individuals based on their views.”

Of course there has been a spike in parents being angry! Here in Florida, we have school boards going against government orders in regards to mask mandates, we have parents losing jobs because they refuse to take the jab, and we have teachers sneaking around teaching critical race theory and getting a way with it, even though it is banned from public schools. How about the father that was arrested at a school board meeting in Loudoun County, Virginia while addressing the school board members about his daughter being raped in a school bathroom by a “skirt-wearing male”. Virginia has a transgender bathroom law that allows them to use whichever bathroom they see fit. This school board seemingly is brushing this rape under the rug as to stay inclusive. The facts though is this same “skirt wearing male” has been arrested for forced sodomy, arrested for abusing another girl at another school and now is being held at a juvenile facility on sexual battery and abduction charges. This father, by his actions, could be labeled a domestic terrorist. Isn’t that absurd!

What will a “domestic terrorist” look like tomorrow? Think hard about that.

While you are contemplating the absolute hell on earth we are leaving our children … ask yourself how you can help ease some of it. The first step is removing the influence, removing the federal government from Florida and allowing Floridians to set our own policies without intrusion. We don’t want nor need the district of corruption buying our school boards with promises of money if they go against our Governor’s policies. We need those school board members to adhere to the policies set by our Governor. We don’t need nor want more gun laws as we Floridians know we have a God-ordained right to protect our families and our property. We need those that harm our children to be held responsible, not slapped on the hand and let go in order to be all inclusive.

We need accountability and change starts within our borders.

Do something about it and help us secede!