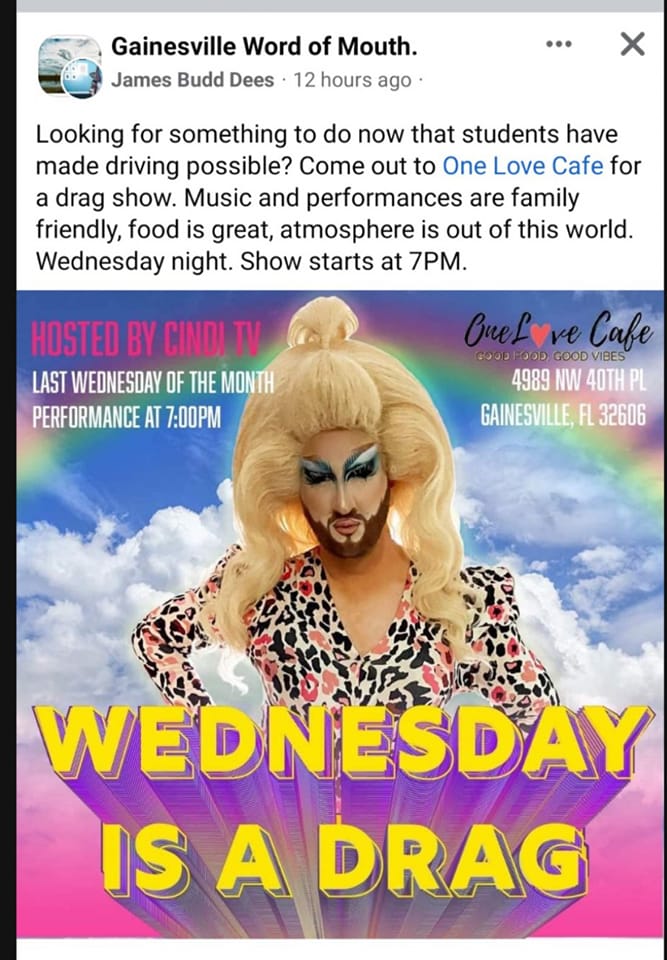 It’s time to drag the “queens” off stage. In fact, it is simply bad acting and they should be cancelled immediately!

Leave it to someone from Washington, DC to take something innocent and pervert it. As is the case with what has become the “drag queen”. In early Shakespearean times, females were not allowed to perform on stage in any manner as it was deemed uncouth and illegal. Therefore, men would dress in female attire and take to entertaining a theater full of onlookers. The term “drag” was used to discuss how their costume dresses would “drag” across the floor; most assuredly due to the fact that these men were not as curvy and did not fill out these dresses as the females the dresses were borrowed from.

Fast forward some 250 years and “drag queens” have now become an American LGBT movement led by William Dorsey Swann, an African American born into slavery in Hancock, Maryland. After the War of Northern Aggression, Swann’s family was able to buy a farm and live fruitfully. When Swann turned 24 years of age, he was caught stealing and sentenced to six months in jail. In 1888 Swann was arrested in the first documented case of arrests for female impersonation in the “united” States. Some twelve other African Americans were also arrested and as many as seventeen others escaped. During William Swann’s lifetime, he organized a series of secretive balls in Washington, DC. Most of the attendees were men who were former slaves. After Swann stopped organizing and participating in drag events, his brother Daniel Swann continued his brother’s legacy of debauchery for some 50 more years.

William Dorsey Swann, a black homosexual “male” living in the North became the first queen of drag. His perversions that took place behind closed doors in Washington, DC some one hundred and twenty years ago have now spread across these “united” States like the cancerous plague they are.

What was once nothing more than performing arts trickery has morphed into a satanic cult that preys upon our children. This plague, as many other Northern born plagues, has traveled South into our Florida homeland. There is no better time than now to nip this cancer in the bud. The Florida League of the South stands in solidarity with Governor Ron DeSantis in protecting Florida’s children and actively campaigns against any form of drag queen performances, especially those that involve and/or promote a so-called family-friendly environment as well as allow or suggest any child under the age of 18 should be permitted to attend such a performance.

Exposing children to drag queen performances, gay pride parades and the like should be considered as lewd and lascivious as exposing them to pornographic material. There is only one reason to push this upon young minds and that is to arouse them sexually and to take advantage of their naivety.

Warning! Viewer desecration is advised. The video on this page is a sample of the future they want for your children. Is this style of filthy and demented behavior what you want them exposed to? Are you mad enough yet? You make the call.
Then join us in defense of our people and our homeland.