Listen to the audio here 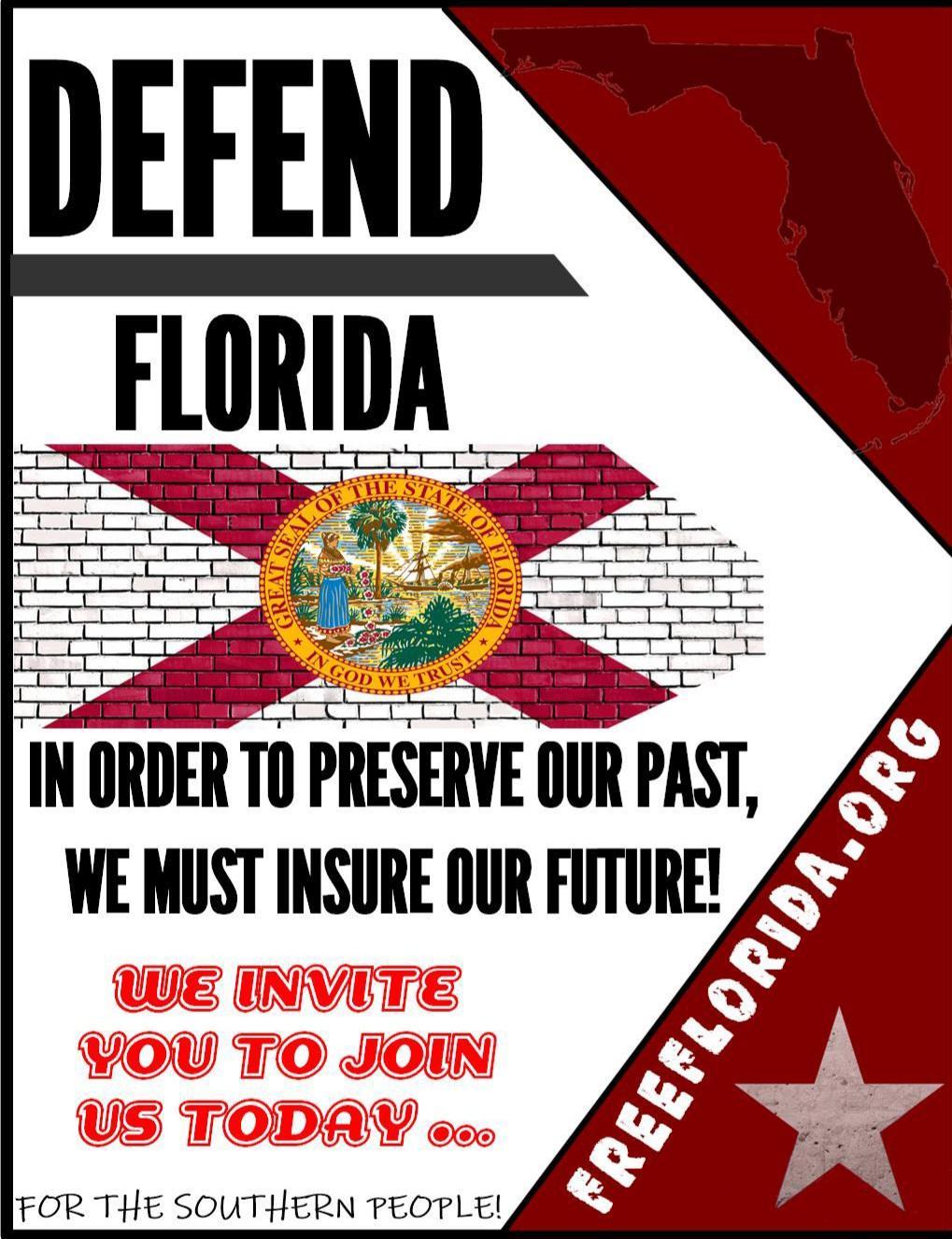 The Florida League of the South is a Southern nationalist organization whose ultimate goal is a free and independent Florida republic. While political independence ranks highly among our goals, we are also a religious and social movement, advocating a return to a more traditional, conservative Christian-oriented Southern culture.

Most organizations founder because they lack self-definition and a definite goal. To reach our goal, we intend to create the climate for a free Florida among our people by 1) de-legitimizing the American Empire at every opportunity; 2) by proving our willingness to be servant-leaders to the Southern people; and 3) by making The Florida League of the South a strong, viable organization that will lead us to Florida’s independence.

The South’s political ideals and principles are rooted in the Jeffersonian tradition as expressed in the Declaration of Independence. Namely, that our unalienable rights are a gift from God, not privileges that are granted or denied by any governmental authority; that a truly free people has the right and power to determine its own form of government; that governmental power should reside as close to the people as possible and that competing governmental bodies should have meaningful checks on one another’s use of power. Another certainty is that the American Empire that now occupies the South believes in none of the aforementioned ideals and principles. To be truly free and self- governing, Florida and the South must throw off the yoke of imperial oppression.

While our overall strategy–short, medium, and long range–is determined by State Headquarters, our tactical operational focus is on the local level. We intend to form active chapters in every county in Florida. We also encourage individuals and families to personally secede from the corrupt and corrupting influence of post-Christian culture in America. We call this “abjuring the realm,” and it’s a real and dramatic first step all of us can take by simply withdrawing our support of and allegiance to a regime that has imperiled our future.

While we seek to use shame and contempt to de-legitimate the institutions controlled by the Empire, we must not stop there. We must create our own parallel institutions to which our people can attach their loyalties. A good example of this is the move out of the “public” schools and into home schooling or the establishment of our own private academies.

At present, the Florida League is simultaneously concerned with resurrecting our cultural base as well as entering the political arena. Once our Southern culture is re-established, the political issues will obviously begin to take care of themselves. Good leaders flow naturally out of a healthy culture; however, power-hungry, self-seeking politicians are all we can expect from the debased cultural climate we have today.

We envision the States peacefully and lawfully exercising their right of self-determination and withdrawing from the present union dominated by an aggressive, centralized federal government.

Florida as a sovereign nation would be more than powerful, populous, and prosperous enough to assume its place among the nations of the earth today. For Florida, cultural as well as political secession is the only practical, the only realistic, and the only moral choice.

The Florida League of the South is an organization of God-fearing Southern patriots. We are laborers, doctors, teachers, pastors, college professors, lawyers, businessmen, students and your neighbors.

By joining The Florida League of the South you will be placing yourself among a group of men and women who are not content to sit by and allow their land, liberty, and culture to be destroyed by an alien regime and ideology. You will be part of an active organization that knows where it wants to go and how to go about getting there.

We cordially invite you to join us in our mutual cause. We have a vision. Do you dare dream with us? Can you bear to tell your grandchildren that you were not named among us? Take your stand today! Join the Florida League of the South!