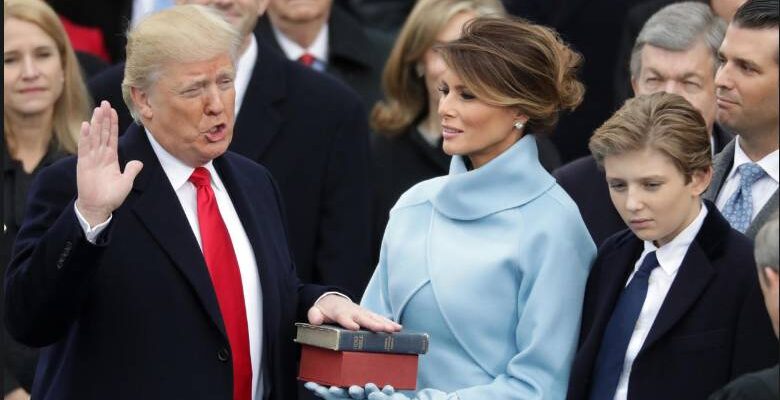 What they didn’t teach you in school.

So you think your presidential candidate is the right one for the job?  Well, let’s look at the position and then determine if you made the correct choice.

For those of you who were lucky enough to have learned a bit of American History and Civics in school way back when, you’ll remember that in the eighteenth century this republic was formed by the union of then thirteen British colonies renamed States after each had declared her independence.  Hence, the name “united States”.  The common government they instituted for themselves was called the United States of America and each state ratified a contract known as the Articles of Confederation as their governing document. After a number of years had passed, those unhappy with the direction of that original document had taken, pressed the states to abandon the Articles and ratify a new Constitution in 1787 with its executive power vested in a President. To properly define that office, they specifically enumerated each power in their federal Constitution with the certainty that each State would have a say in choosing the man for the office.  A noble and brilliant experiment, to be sure.

“Each State shall appoint, in such manner as the legislature thereof may direct, a number of Electors, equal to the whole number of senators and Representatives to which the State may be entitled to in the Congress.”  Be sure to note here that each State legislature may make its own rules concerning who these Electors might be.  Today, all States use a popular vote of qualified citizens, but are not required to do so except as under their own Laws and Constitutions.

That being said, Article II, Sections 2-4, and a part of Article I, Section 7 that enumerate the powers of the president comprise but six paragraphs, most of which deal with appointments and minor duties.

The president is to act as commander in chief of the army and navy, but Congress alone can commit the nation to war, that is, “declare war.” The president is to “take care that the laws be faithfully executed,” but only Congress can enact laws, and then only within the scope of its limited, enumerated powers. (Those powers, however, call for another story at another time.) Supreme Court Chief Justice Roger Taney wrote in 1862 that the president essentially has only one power regarding the life, liberty, and property of private citizens. The president has the power to “take care that the laws shall be faithfully executed.”  The president “is not authorized to execute them himself, or through agents or officers, civil or military, appointed by himself, but he is to take care that they be faithfully carried into execution, as they are expounded and adjudged by the coordinate branch of the government to which that duty is assigned by the constitution.”

Sounds pretty simple and something most charismatic and outgoing patriotic gentlemen with a keen sense of military tactics could do. Nothing is mentioned here about bringing people together, educating citizens or providing employment, health care, home loans or repairing the myriad of social ills ostensibly besetting the several States. The President may veto bills, appoint judges and negotiate treaties – important powers to consider in determining one’s vote to be sure. Nevertheless, considering the overall picture, the presidency was intended to be a largely ceremonial position whose occupant would confine himself to making appointments and enforcing federal laws. To sum it up, the learned statesmen and the Framers who drafted the original Constitution claimed the document never intended the presidency to be a powerful office spawning “great men.”

But over time, abruptly during Lincoln’s presidency and progressively during the twentieth century and into the twenty-first, presidents (along with the Congress) have used constitutional loopholes to seize more and more power. They promise to increase or reduce taxes, provide or retain benefits or other such considerations, all for selected citizens or residents of their choice. And so, the federal government that our Fathers promised us has been so utterly perverted that it is totally unaccountable to the states and their citizens and no mechanism exists for checking it. Presidents now rule, not govern, through Cabinet Departments, High Level Political “Czars” and Executive Orders.

So whether your favorite candidate is Tweedle Dee or Tweedle Dum, unless the next president follows the constraints of the original Constitution, expect the same overbearing intrusion into your personal, social and financial life over the next four years and beyond.

American liberty will never be reestablished so long as elites and masses alike look to the President to perform supernatural feats and therefore tolerate his virtually unlimited exercise of power. If you’re mad as hell and just can’t take it anymore, you might want to think about calling for a separation.

Until we can restore limited, constitutional government in this country, God save us from great presidents.

Love Florida? Want to share your taste for state sovereignty throughout the land? Find your liberty apparel here. Buy for yourself, a friend and a loved one.

What is States' Rights?

The Florida League of the South needs your help! The price of freedom isn't cheap. The cost is high to promote independence and lobby our Legislature to act in our favor.

With your support we can continue to build a better Florida for all of us.