Can the United States Constitution save us? A better question is, was it ever intended to be a force for good, or the biggest power grab in our history; or was it created with the best intentions and just perverted over time?.

When this union was formed, representatives were sent from the 13 colonies in order to draft a government that would best serve us all, to gain our independence; The Articles of Confederation were born. A union that would keep all the states sovereign and provide very few duties to a federal government, such as common defense, treaties, state disputes and coining; setting standard weight and measurement of monies.

This wasn’t enough for some of the so-called representatives of the states. They wanted more power to be given to the federal government. In order to do this, when sent to amend the Articles of Confederation, they illegally dissolved the articles and created a new constitution. They were not, however, granted this power from their respective legislatures, so in order to sell a bad idea, they published letters of recommendation known as the Federalist Papers to fool the public into accepting the new document. There are a lot of lies and deceit in these papers, but here we will focus on just one: agriculture.

In Federalist Paper no. 17, Alexander Hamilton wrote, “The administration of private justice between the citizens of the same State, the supervision of agriculture and of other concerns of a similar nature, all those things, in short, which are proper to be provided for by local legislation, can never be desirable cares of a general jurisdiction. It is therefore improbable that there should exist a disposition in the federal councils to usurp the powers with which they are connected; because the attempt to exercise those powers would be as troublesome as it would be nugatory; and the possession of them, for that reason, would contribute nothing to the dignity, to the importance, or to the splendor of the national government.” If this were truly the case, why then would this federal government create the United States Department of Agriculture in 1862, during the war for Southern independence?  These encroachments were foreseen by people like Patrick Henry 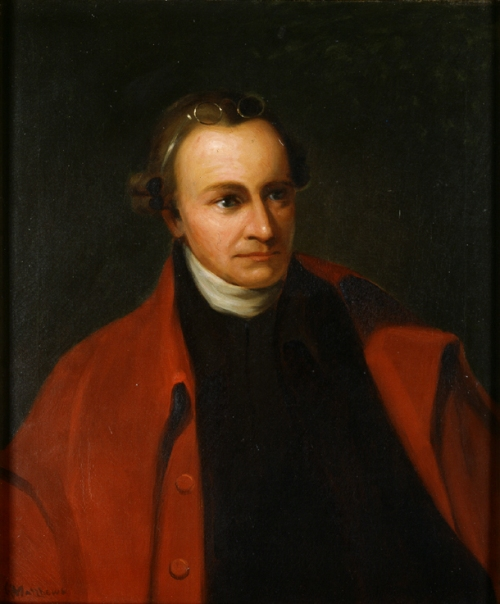 who said during Jonathon Elliot’s debates on constitutional ratification, “Let Mr. Madison tell me when did liberty ever exist when the sword and the purse were given up from the people? Unless a miracle shall interpose, no nation ever did, nor ever can retain its liberty after the loss of the sword and the purse.”. Once you allow the central government power, those in control will never give it back and their appetite for more will just increase.

The State of Florida is in crisis now due to Governor DeSantis and local politicians determining what businesses are essential and which ones are not. Apparently, two-million workers in the state’s agriculture industry are not essential.  Many Florida farmers cater to restaurants and theme parks, which are offering only diminished capacity output, or shut down entirely. These farmers, our neighbors, have nowhere to sell their crops and many are having no luck even giving them away to food banks due to local laws.  They have tried donating them, but many charitable organizations don’t have the capacity; they have resorted to selling to the public at below bargain basement prices, just so the produce gets into the bellies of hungry citizens.

Now there are a lot of farmers who could be making ends meet with a diverse, multiple use crop known as industrial hemp, but because of federal interference in the business of the states by declaring the cultivation of hemp to be illegal in 1970, they have been unable to engage in this profitable commercial activity. Only since 2017 has the Federal Government relaxed the state’s ability to engage in this commodity. This approval, though, comes too late.

Florida’s Department of Agriculture Commissioner, Nikki Fried estimates crop losses across the state through mid-April may exceed $522.5 million. The virus, she says, has destroyed demand for fresh produce among bulk buyers such as restaurants, processors and schools due to forced closures. To get them through this crisis, many Florida farmers may apply for a state permit to grow industrial hemp. But is applying for and receiving a permit at this stage of the game too little, too late? It’s possible this new opportunity could be a reprieve for the state’s second-largest industry, as agriculture continues to reel from a devastating COVID-19 blow. It’s just too bad we had to wait almost two-years for our overlords’ consent to grow on our own soil. This is but one reason why the Federal Constitution cannot and will not save us. It was never intended to be for the states or for that matter, for the people. The Titanic is sinking, help your kith and kin to break away from the federal leviathan and make Florida great again. Don’t vote for a president, vote to secede so that we as Floridian’s may have the final say-so in regards to our livelihoods.

Spread the word by sharing
49
49
Shares